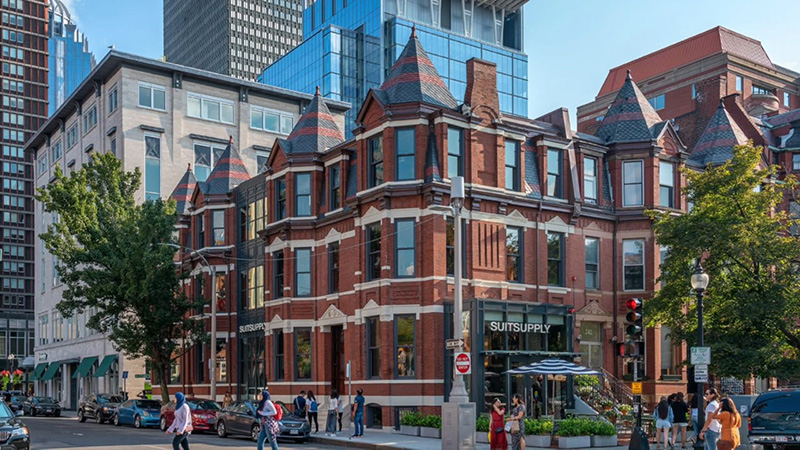 Boston, MA – Urban Meritage has acquired a 7-story Newbury Street office and retail building for $26 million, bringing its portfolio of holdings in the Back Bay shopping mecca up to 15 buildings.

Urban Meritage previously assembled the 28-building Newbury Line portfolio, which it sold to Jamestown in 2011 for $226.5 million. The company has no plans to divest the current portfolio and intends to expand it, Jammen said.

Urban Meritage in May announced at the International Council of Shopping Centers’ ReCON 2017 that it’s rebranding the portfolio as Avantage Newbury following a study by marketing consultants CO OP of Boston and New York.