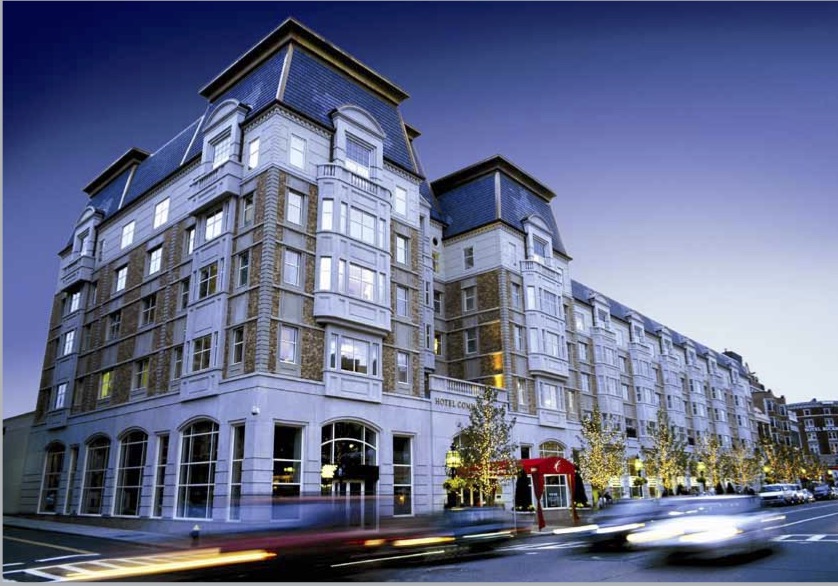 BOSTON — Considering vast experience on globally known Newbury Street—and last week’s purchase of two more buildings there for $21 million— some might be surprised to see Novaya Ventures and Urban Meritage shifting a shared investment platform several blocks west to Kenmore Square, but market watchers insist the $38.5 million acquisition of a 30,000-sf retail condominium at Hotel Commonwealth acquired in partnership with Invesco offers perfect symmetry all around—for the buyers, the sellers and the asset.

Stocked by retail talent, the UMNV team is expected to help reposition an assemblage which does feature two popular restaurants but remains about one- third fallow even as the 149-room hotel has enjoyed wild success and national renown. Sage Hospitality and Fundamental Advisors LP hired Eastdil Secured earlier this year to find a taker for the retail slice on the inn’s lower levels, a plan one investment specialist terms “brilliant” in the hotelier recouping nearly half the $79 million developer and ground lease holder Boston University reaped in a deal to Sage/and Fundamental completed two years ago.

That observer maintains having an experienced retail operator should be further embraced by Sage, a national hotel power- house but deemed by the source less able to lure the tony tenants the space at 500 Commonwealth Ave. was initially intended to attract, the sort bearing international flair now filling block after block of the Newbury Street district. “There is a sense the retail there is under- utilized,” says one Back Bay broker of the Hotel Commonwealth product. That broker who anticipates efforts will be made to bring in a higher-profile occupant for the empty quarters claims existing tenants including a Starbucks and the Eastern Standard Bar and Island Creek Oyster House have performed admirably from oversized storefront windows and the busy streetscape, but maintains they need a more professional touch to “take it to another level” as envisioned when the hotel opened in 2002.

“It’s a great fit,” another industry professional familiar with the Kenmore hotel retail and the new unit owners says of UMNV stepping into the picture. Principals at UMNV were involved in the assemblage and sale to Jamestown Properties of nearly two dozen Back Bay mixed-use buildings concentrated on Newbury Street, and Urban Meritage today serves as exclusive leasing agent for that lineup of storefronts on the stretch of shopping fame running from Arlington Street to Massachusetts Avenue.

Historically high rents being commanded there have not jumped Massachusetts Avenue to Kenmore Square, but UMNV’s arrival could help hasten an extension of the consumer popularity there, those familiar with the firm’s handiwork maintain. Some envision the dynamic nature of Newbury Street could ultimately sew the two business districts together, although the current gap between both areas remains decidedly barren from a retail perspective.

As it is, thanks to having Fenway Park around the corner and being in front of a major transit center where three MBTA Green Line spurs flood out onto the street, 500 Commonwealth Ave. has a steady stream of pedestrian and vehicular activity passing by, and Kenmore Square retail experts insist changes are afoot that will only increase those figures, including plans to add another 100 rooms to he back side of the hotel.

The future may look bright for Kenmore Square, but UMNV is hardly abandoning its Newbury Street roots where the two firms have been as active as any investor over the past 18 months using a $200 million fund launched with the $10.0 million purchase of 79 Newbury St. on the second block of the shopping district. The acquisitions program last week resulted in paying $12.8 million for 123 Newbury St., a mixed-use property acquired from Abbey Road Advisors, owners since paying $9.55 million in Aug. 2007. Built in 1899 and renovated in 1999, the structure contains 7,400 sf on a 2,800-sf parcel.

That Friday closing occurred two days after the $9.0 million investment for 166 Newbury St. in which UMNV bought a project nearly identical to 123 Newbury St., with 6,575 sf on a 2,800 sf site. Also constructed in 1899, that asset had been in the same family’s ownership since July 1966. The seller was Deborah B. Brown, trustee of August Realty TR.