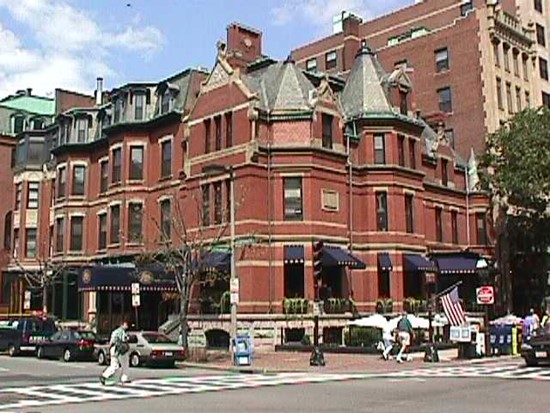 BOSTON — In terms of usual suspects for buying commercial real estate in the Back Bay, the principals of Novaya Real Estate Ventures and UrbanMeritage would certainly qualify, having assembled a portfolio of assets that yielded $225 million in 2011 and now regrouping in a partnership to pursue even more properties concentrated in the Newbury Street shopping district.

Eight Newbury St. is the newest conquest for the company, with Novaya on Thursday paying $15.1 million in an all cash-deal for the 19,000-sf building that was being marketed by CBRE/New England. Prized retail of approximately 4,000 sf was among the attractions, according to buyer Michael T. Jammen, with a presence on the first block of Newbury Street making it especially valuable. Jammen says two levels of retail are expected, while luxury office space is planned above following a gut renovation of the eight-story building. While not conducive to multifamily, as some had suggested when it was first being offered for sale, Jammen explains that office space makes for a better use that can benefit from having windows on three sides and being higher than surrounding structures.

“The retail was an easy sell—it’s not going to take much to fill that,” says Jammen, whose Urban Meritage is an active leasing brokerage on Newbury Street, even representing Jamestown, the global fund that bought the portfolio from his firm and Taurus Investment Holdings. Urban Meritage partner Vincent G. Norton Jr. is another founder, with those two joining Taurus alum James M. Alden, Peter Carbone III, Jeffrey R. Theobald and Scott R. Tully in the latest goround for properties. Market watchers had targeted pricing for 8 Newbury St. in the $850 per sf range when it first hit the street in mid-March, and the actual outcome came rather close to that level at nearly $800 per sf. The CBRE/NE brokerage team was led by Christopher Angelone and Bill Moylan, with further expertise from Nathaniel Heald and Bruce Lusa of the Capital Markets Group working with retail leasing professional Jeremy Grossman.

Jammen says the property was unique enough to meet the Novaya format that previously scooped up 79 and 205 Newbury St. “It’s the sort of thing you’d like to find on Newbury St., but just is not usually available,” he says. The group hopes to secure financing to fund the renovation and for long-term purposes, and in the meantime, is striving to keep up its rapid pace. “We’re hoping to have a few more done in July and August,” says Jammen, whose firm acquired 8 Newbury St. from the Estate of Pierre DeBourgknecht. The asset last changed hands for $250,000 in Jan. 1977.