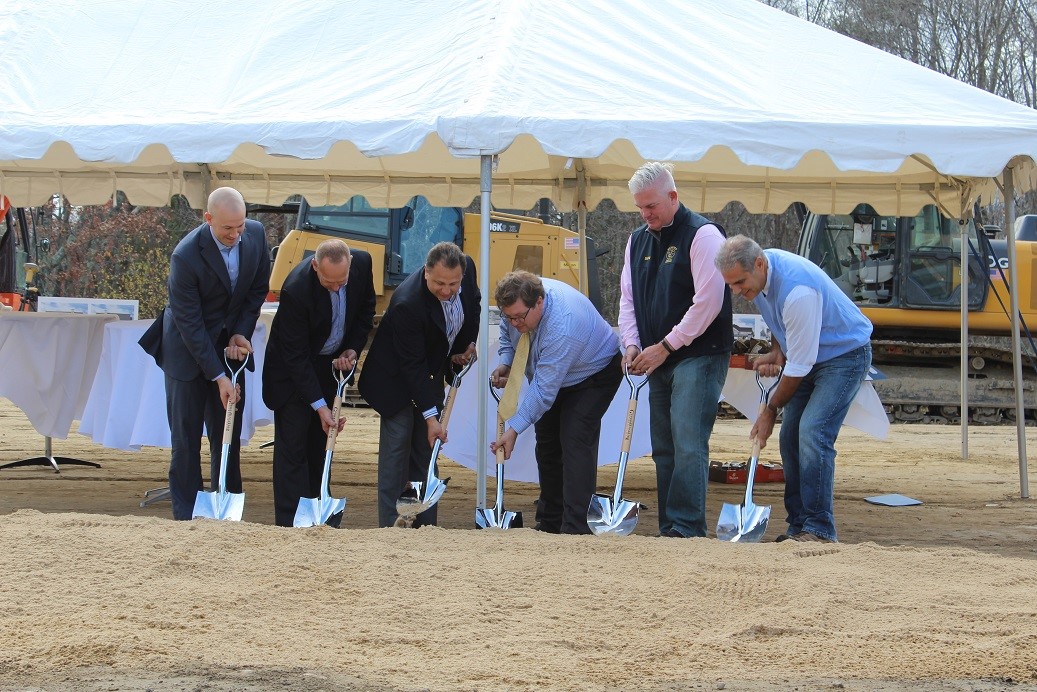 The first 24 units of Sconset Landing will be ready by spring 2016, according to developer Ralph DiGiorgio of Five Mark Properties.

“This project had a black cloud above it on and off for many years,” he said. “We are very pleased to be able to bring it to fruition.”

Hanover Planning Board initially issued permits in 2007 to Norwell developer Jim O’Brien for a three-part mixed-use commercial and residential development known as the “Village Project,” said Town Planner Peter Matchak. The land that Sconset Landing will occupy is part of that larger parcel.

Of the three projects, Village Square, Village Commons and Village Park, only Village Square, a small strip mall across from University Sports Complex, was built before the rest of the funding fell through. O’Brien took out loans for construction of a sewage treatment plant, roads and bridges on the property after securing initial permits, but problems arose when South Shore Savings Bank refused to close on a key construction loan to pay for the build out of a 100-unit condo complex just a year later.

O’Brien put the property on the market, but failed to garner any interest and the bank foreclosed on the property in May 2011.

In 2013, Burlington-based developer Northland Residential Corp., purchased the land and expanded the permit to allow for 130 condominium units. In early 2015, it sold the parcel again to Five Mark Properties, a Middleton-based developer with experience in commercial development on the North Shore.

“This project will change the face of Route 53,” Town Manager Troy Clarkson said at the ground-breaking ceremony Thursday, Nov. 5. “Selectmen have set strategic goals for this community and chief among them is the revitalization of Route 53.”

The project is the largest of its kind in Hanover, and Matchak said developers paid the town $200,000 toward traffic mitigation and affordable housing needs.

“There is no affordability component to this project, but the project was permitted with the condition that it would pay $100,000 in traffic mitigation and $100,000 to the Affordable Housing Trust,” Matchak said.

Hanover is close to hitting the state mandate requiring 10 percent of housing in any municipality to be affordable and has no affordability clause on new developments. Matchak said developers offered money to the housing trust and toward traffic mitigation efforts on Route 53 to appease any concerns with the project.

“They are trying to be good neighbors,” he said.

Matchak said the town is working with the state Department of Transportation to install a turning lane from Route 53 into the development.